The Hardy Tree is one of London's quirkier spots. If you happen across it without knowing anything about it, you'll certainly be baffled, possibly even a little shocked. So what is it all about?
Essentially what you have is a cluster of gravestones placed around a large tree.
The story goes that before becoming a successful novelist, Thomas Hardy lived in London studying architecture for five years from 1862.
Hardy's mentor was a man by the name of Arthur Blomfield, and it was he who was handed a somewhat grizzly task by the Bishop of London.
The construction of the Midland Railway line in the 1860s saw its route pass through a part of the churchyard. 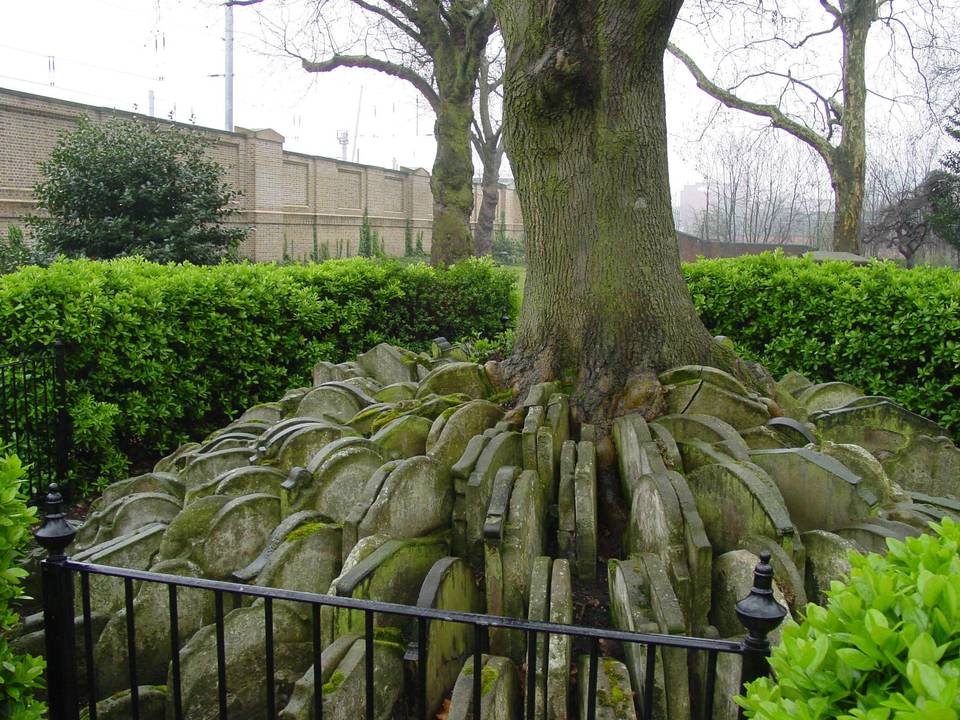 This meant that many bodies had to be exhumed, and some tombs dismantled. Arthur Blomfield evidently and quite understandably wasn't too keen on the whole idea of dealing with the deceased, so what did he do? He asked Thomas Hardy, of course.
Now it's quite likely that Hardy was hardly pleased to be handed the task, but he had little choice but to go ahead with the job asked of him.
Hardy carried out his duty in 1865 (he would have been about 25 years old then), supervising the removal of bodies and such like.
As the track was laid down, cutting through part of the churchyard, Hardy helped to organise the shifting of many of the gravestones, and had them placed around what today is a sizeable ash tree. It's not certain what happened to the bodies.
The cluster of gravestones is an odd sight, to say the least. But knowing that one of the world's most famous novelists was involved in its creation makes it all the more fascinating and well worth a look.

Check out the Map!

Explore the Challenges and see Finds